In recent years, messenger RNA has been in the news: the development of Pfizer and Moderna’s vaccines against COVID-19 was the first large-scale production of this type of vaccine. This DNA-like molecule allows the creation of antibodies from the cells, teaching them to produce a protein.

Since then, research on RNA and messenger RNA (mRNA) has been more productive than ever in Quebec. Discover three regions that host key institutions for the advancement of knowledge on this topic.

Sherbrooke and its surroundings

Since 2013, the Chaire of messenger RNA at the Université de Sherbrooke has been studying the life cycle of RNA quite some time before the onset of COVID-19. Indeed, this molecule plays a central role in human health; studying it can enrich our understanding of various pathologies and contribute to medical advances.

The Chair is particularly interested in the life cycle of RNAs and the impact of the structural motifs that control it. It has the following objectives:

The scientific advances of the Université de Sherbrooke benefit from the work of several organizations. Among them, the Lafontaine Laboratory, founded by researcher Daniel Lafontaine, makes a major contribution. The latter was published in PNAS for an important discovery, which made it possible to observe the birth of RNA structures using light (2021).

Among the research teams in the Sherbrooke region, the contribution of Professor Sherif Abou Elela must also be mentioned. His discoveries about the role of introns have earned him a place in the top 10 discoveries of 2019, according to Québec Science!

Scientific advances on RNA are also fruitful in the Quebec City region, particularly thanks to the contribution of the Université Laval and its affiliated research centers (CHU de Québec-Université Laval and CERVO). These include more than 45 laboratories that work brilliantly at the fundamental and applied levels in the fields of:

Quebec City is at the heart of innovation, contributing to the development of a new paradigm of biomedicine based on messenger RNA, the biomedicines of the future. Researchers are hosted by faculties in various fields and take an active part in the development of RNA knowledge. These technologies include genome editing in the context of neurological diseases (Jacques P Tremblay) and the use of nanoparticles carrying non-coding RNAs to stimulate innate immunity, used to manufacture vaccines (Denis Leclerc).

Among them, a group of excellence is actively working at the Infectious Disease Research Center (CRI) of Laval University, focusing on RNA viruses and emerging and re-emerging viruses with pandemic potential. At the heart of this research, we find in particular the development of diagnostic and therapeutic tools, vaccines and immunotherapies as well as important advances on the mechanisms of mRNA degradation in pathogenic unicellular eukaryotes.

Research projects also take place at the CERVO Research Center, in particular on the development of therapeutic approaches related to mRNA and its regulation to control neuroinflammation (Jasna Kriz). One of the most important academic platforms in Canada (Neurophotonics) is also headed there by Dr. Marie-Ève Paquet. The platform not only produces DNA viruses, but also RNA viruses such as rabies virus, retrovirus and lentivirus under conditions that approach GLP/GMP. Partly for these reasons, it is a major resource for researchers across the country.

In addition to these organizations, the region’s academic community provides space for major research projects.

McGill and Moderna have partnered to develop a new mRNA-based vaccine to treat HIV by replicating the technology developed for COVID-19 vaccines. McGill becomes the first university in Canada to join Moderna’s mRNA Access program.

RNA research is growing at Université de Montréal thanks to the IRIC, a state-of-the-art research center and research hub that houses an RNA engineering unit. The latter works in particular on the cure and prevention of cancer through RNA-based therapies.

For several years, and even more actively since the pandemic, several regions of Quebec have been involved in cutting-edge research on RNA and mRNA. The province’s researchers are making outstanding discoveries, and the future looks even brighter.

The recent announcement of the construction of a Moderna plant and research center in Canada, in the Montreal area, is particularly promising!

Mecademic: The Challenges and Benefits of Laboratory Automation
Read the story 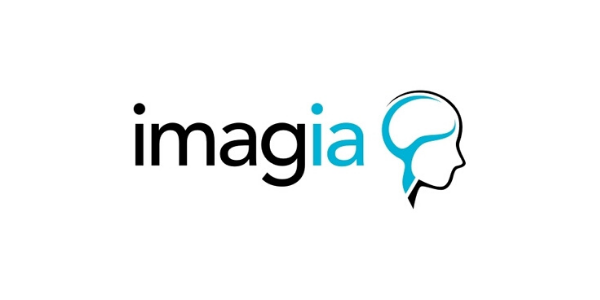