Quebec is a key player in the Canadian pharmaceutical industry, a sector of great importance to the life sciences. The province is a unique ecosystem whose collaborative practices continually contribute to the acceleration of innovation. Take the pulse of a vibrant industry by discovering its activities, the employment it generates and its economic benefits.

Overview of an Effervescent Industry

In 2020, even before the arrival of the pandemic, there were 237 pharmaceutical companies in Quebec. Generic pharmaceuticals, contract research organizations (CRO), biotechs, and innovative pharmaceuticals contributed to the creation of 20,410 jobs across Canada.

Over the last decade, a large portion of Canadian investments in research and development has been concentrated in Quebec, nearly 40%. On average, there is about CAD400 million of investment per year. As for the economic spin-offs, they are substantial: in 2016, innovative pharmaceuticals generated more than CAD3.1 billion in Quebec. In 2019, it is no less than CAD4.8 billion in direct economic spin-offs, and 37,000 jobs. 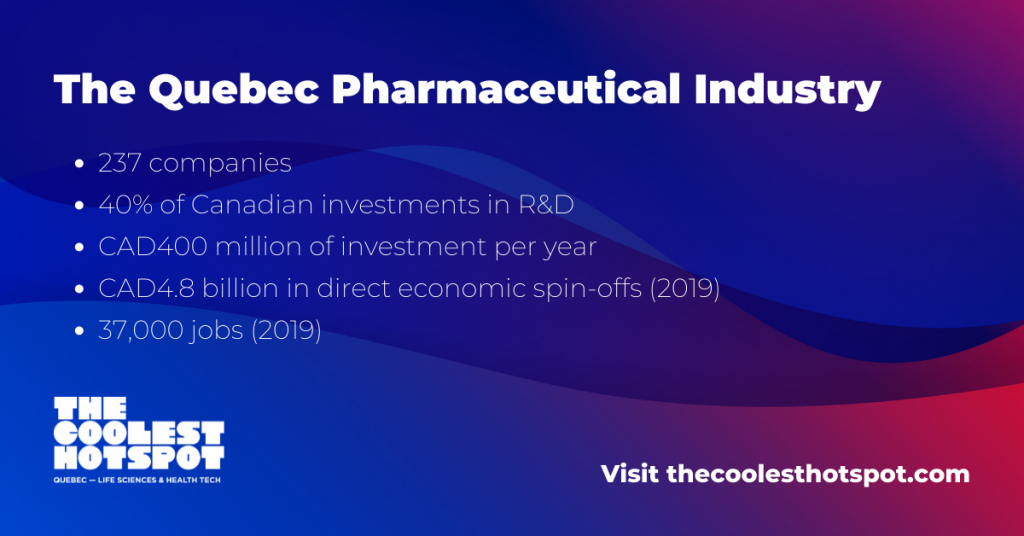 “Strength in numbers” is an adage that fits perfectly with the Quebec pharmaceutical sector, whose model is increasingly based on a collaborative approach. Pharmaceutical companies frequently work in tandem with other life sciences sectors, including:

Local organizations such as CQDM, IRICOR and CATALIS are important contributors to innovation in this sector. Their different operating models all have advantages, not only for pharmaceutical companies but also for SMEs and university laboratories. This support allows them to move more quickly through the stages leading to commercialization of clinical trials and drugs.

The presence of government agencies such as the Fonds de recherche du Québec and Innovative Medicines Canada is also an essential support in the ecosystem. Project funding, local industry representation, and the creation of alliances help to encourage and promote Quebec pharmaceuticals worldwide.

In recent years, major investments have contributed to the growth of the Quebec pharmaceutical industry:

Promisingly, the creation of Ilkos Therapeutics Inc. was recently announced by the Fonds de solidarité FTQ, the CTI Life Sciences Fund and Servier Canada. This Quebec-based biotechnology company has obtained a license for its new oral treatment for lower limb ulcers and veins.

Quebec at the Forefront

In Canada, pharmaceutical companies include:

Many of these companies are based in Quebec, including Bayer, Actelion, Novartis, Merck, Pfizer and GlaxoSmithKline (GSK), to name a few. In fact, Quebec currently attracts close to 50% of the head offices of foreign affiliates in Canada, not including local companies.

Among these, Endoceutics stands out for its activity in the field of women’s health. Founded in Quebec by Dr. Fernand Labrie, this innovative pharmaceutical company also works in the prevention and treatment of hormone-sensitive cancers. Headquartered in Quebec, Duchesnay is also a multinational group dedicated to women’s health and rare diseases.

In recent years, pharmaceutical activity in Quebec has experienced remarkable growth, thanks in part to its ability to collaborate within the scientific ecosystem.

Quebec’s commitment to developing its research expertise, combined with the excellence of its scientists and the presence of world-class technology and drug evaluation organizations such as INESS, is already leading to significant progress.

The Quebec pharmaceutical sector is booming, and this flame is not about to fade away! 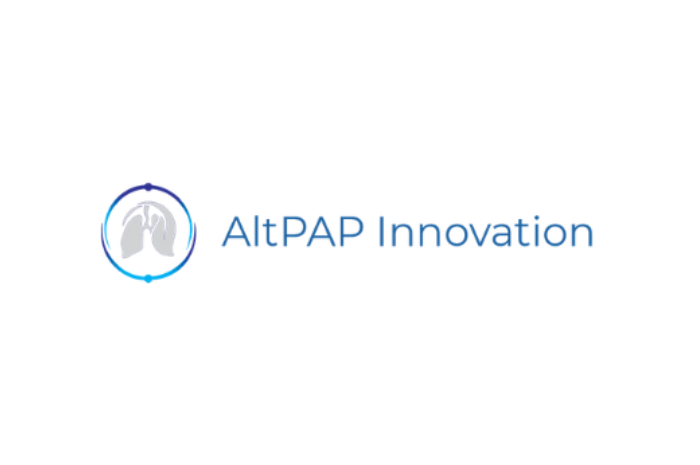 AltPAP Innovation: A Pioneering Model for Facilitating the Integration of Innovations
Read the story 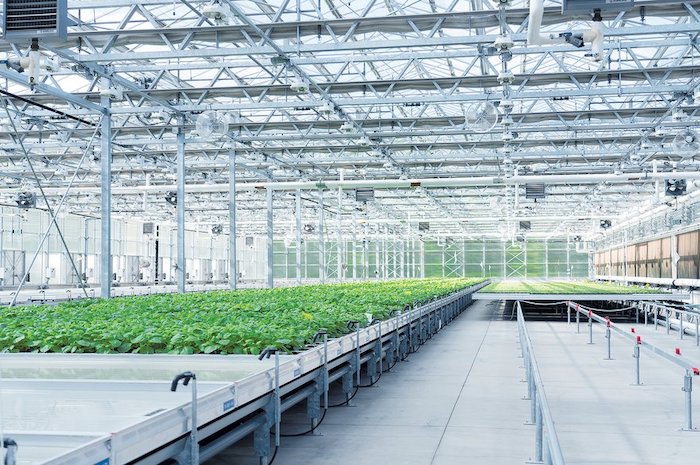